“Most people are other people. Their thoughts are someone else’s opinions, their lives a mimicry, their passions a quotation.”
-Oscar Wilde

The perception of life as a mere outline of one’s resume imprisons reality in the realm of the past. As one is held accountable for his successes and misses and focuses on how to justify and market them in a profitable manner, he then slowly stops living in a way that honor his values. Consequently, he experiences cognitive distortion, a general disorientation and misalignment with his needs and values.

He slowly steps from the world of being into that of becoming. He perceives himself as a list of what he has and what he should have accomplished, a sure shortcut for his shortcomings. He does not perceive himself as a whole, but rather as a sum of his defining moments, more like a share on the stock market, with nominal value and profitability indices. Therefore, his journey of alienation begins. The individual is now held accountable by the beholder.

This perception is inherently distorting, as one’s mind figures what is one’s image in the mind of the beholder. This equation introduces the individual to a series of new roles, all of which lead him away from the true essence of his existence. 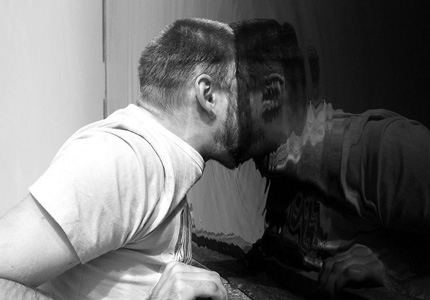 “The way to gain a good reputation is to endeavor to be what you desire to appear.”
-Socrates

To avoid disappointment and resentment from this one-dimensional assessment of the situation, one can introduce the (leadership) timeline exercise tool. A sample of this tool can be found in the appendices section. In short, the tool works when one instructs the client to remember and write down the five most defining high and low moments. The client is then asked to reflect on those moments and the thoughts and feelings he was experiencing when those defining moments occurred.

This process is very helpful for people to realize the full spectrum of possibilities and strengths that they have inside them. It helps them to see the bigger picture of themselves and not merely tiny fragments portrayed in a routine resume.  To further enrich and empower the tool and its effect as one continues efforts to free the client from blocking behaviors and think traps, the client is invited to distinguish the surprising moments, both highs and lows, from the unsurprising ones and the reason for this.

Right after that, one can gain a new perspective by chronologically plotting the highs and lows in a timeline. A sample of the timeline exercise tool is presented in the appendices section. Afterwards, a coach can review and discuss the timeline together with his client in an attempt to find any patterns that further explain the reasons why things are happening, to understand what affects performance, and to determine which are the common interferences, drawbacks, and setbacks. If too many are found, one can apply the Pareto principle. Then focus on which are the 20 percent setbacks, for example, that affect 80 percent of the client’s performance. Then set goals and plans to weaken the client’s weaknesses and strengthen his strengths.

This is a useful set that can effectively reassess, reorient, and realign the client, and offer new perspectives and motivation to unstick what has stuck, either consciously or subconsciously.